The secrets of the universe are often hidden in plain sight. However, with the passage of time, we human beings have lost the clues or missing pieces needed to activate them and unleash their full potential. This idea is, in fact, the theme of many adventure novels and movies, such as Dan Brown’s Robert Langdon series of novels, J.R.R. Tolkein’s Lord of the Rings novels or George Lucas, Steven Spielberg and Harrison Ford’s Indiana Jones adventure movies.

But these themes are based on real-life experience. For instance, the kinnor is an ancient middle-eastern stringed instrument, similar to a lyre or small harp. You can buy inexpensive versions of the kinnor online, on Amazon.com or other websites. More expensive hand-crafted, jewel-encrusted kinnors, custom-made in Israel, are also available at much higher prices, incidentally.

Mysteries of the Davidic Kinnor

The kinnor is believed to have been the favored musical instrument of the legendary Biblical King David — in fact, he is said to have carried it everywhere he went and played on it from his childhood. The original kinnor played by David, the poor shepherd boy, was, likely, a cheap wooden instrument, strung with plant fiber or animal gut. Later versions would have been made out of Lebanese cedar wood, which is famous for being very sturdy, termite-resistant and quite fragrant.

Scenes from the life of the legendary, Biblical King David

King David’s kinnor is believed to have had legendary healing abilities. When David performed for King Saul, his predecessor on the throne of the ancient kingdom of Judea, the music eased the king’s troubled brow — it is said that his demons left him at the sound of the music (1 Samuel 16:23). Presumably, in modern terms, this could be interpreted to mean that the music had profound stress-relieving and psychologically healing properties.

Recent studies and research have suggested that the healing properties of the instrument most likely derived from its tuning. Dr. Leonard Horowitz, a Harvard-educated independent researcher, along with his associate Dr. Joseph Puleo, suggested that King David’s music leveraged the lost Solfeggio frequencies — sound frequencies with profound healing abilities, which Dr. Puleo claimed to have identified through mystical revelation. The “Key of David” system of tuning, i.e. setting the key of A to 444 Hz., as opposed to the standard western tuning system of A=440 Hz., was also corroborated by the musician Michael Tyrrell, who recorded a series of musical works on the theme of these frequencies. However, the magic in the Davidic kinnor goes beyond the tuning, though it is undoubtedly a major part of it. The very design of the instrument is a key factor in its supernatural healing powers.

The question is, which one of the kinnors did King David favor and play? The answer, I believe, is the smaller kinnor — for a number of reasons:

The large kinnor, while it is an impressive-sounding ceremonial instrument, displays none of these “magical” characteristics. From that perspective, it is far from the magical healing instrument with legendary powers, as is the smaller Davidic kinnor.

As I mentioned above, the tuning and design of the Davidic kinnor lend it miraculous healing abilities and legendary characteristics. When tuned at A=444 Hz., i.e. the “Key of David”, the C5 note, playing at 528 Hz., i.e. the “heart frequency”, manifests near the middle of the 10 string scale, the fifth note from the right. It appears next to the D#5 note and in between the F#5 and F#4 notes, which appear near either end of the scale.

As I pointed out earlier, the genius of this instrument is that when played with the fingers, as it is Biblically recorded in the Book of Samuel was David’s favored technique of playing the kinnor, the most natural way to play it is to rest it against the heart area on the left-hand side of the chest, assuming one is right-handed. At this point, the C5 note, sounding at 528 Hz., manifests directly over the heart.

The significance of this design feature cannot be overstated. 528 Hz., is believed to be the “heart frequency,” and, in the Davidic kinnor, when it is correctly tuned to the A=444 Hz. “Key of David”, it appears directly in the middle of the instrument scale, directly over the heart of the musician. This factor is not mentioned in any literature I have come across thus far, and only becomes apparent if you play the instrument with your own hands, as I have done.

There are, however, scholarly sources, that I have since discovered, describing King David’s distinctive style of playing the kinnor — which was to lay the center of the instrument flat over his heart while resting his ear and head against its frame as he played the instrument. These sources also mention that David would frequently play the kinnor in this manner before praying — to open up his heart and clear his head. This information corroborates my earlier suggestions that David sought to synchronize his heart with the “heart frequency” of the kinnor tuned to the “Key of David.” It further suggests, however, that David was also looking to achieve heart-brain coherence with the Solfeggio frequencies being emitted from his perfectly tuned instrument as a means to achieve a heightened state of consciousness before prayer — perhaps to tune himself to the Divine resonant frequency as a means of getting closer to the Divine.

As is common knowledge, the human heart pumps the blood of the human circulatory system in the body. All the blood that flows through the vast network of arteries and veins in the body is pumped through — and flows through — the human heart. The body is ~70% water, and the majority of that water resides in the human bloodstream. The bloodstream, additionally, travels to cells and tissues all over the body, carrying oxygen, nutrients, antibodies, etc. and removing carbon dioxide and other cellular waste products.

Water molecules connect with each other to form tetrahedral shapes, i.e. five water molecules connect together to form a tetrahedron. Interestingly, the tetrahedron is one half of the merkaba, which is a three-dimensional representation of the “Star of David.” This tetrahedral cluster of water molecules resonates with the sound frequency of 528 Hz., i.e. the “heart frequency,” to form “structured water,” which is known, through the study of Cymatics, to have enhanced properties. Water is also known to be a carrier of information and intelligence that reacts to human consciousness in mysterious, though scientifically observed, ways. Structured water, therefore, is like a vast network of interlacing liquid crystal merkabas — three-dimensional “Stars of David,” in essence — resonating to the “heart frequency” of 528 Hz.

Water molecules connect to form a tetrahedron, which is half of a merkaba – the three-dimensional “Star of David.”

As a result, when played with the right intention of love and heartfelt caritas, the 528 Hz. C5 note at the heart of the Davidic kinnor, along with the other Solfeggio frequencies in the instrument, activate the human heart — in more ways than one. Firstly, the music of the kinnor is heartfelt and heart-centric — it is emotionally moving and touches the human heart. Additionally, the 528 Hz. frequency of the C5 note of the kinnor resonates with the water in the human bloodstream as it pumps through the heart, creating structured water in the bloodstream and at a cellular level.

The result of this is increased vitality and energy — the music of the kinnor is, quite literally, a tonic for the body and soul. This is how the legendary healing properties of the music manifest themselves, quite apart from the fact that the Solfeggio sound frequencies embedded in the music of the kinnor have profound stress-relieving, spirit-elevating and health-inducing properties. The legendary healing properties of the lyre of King David are, therefore, based in actual observable science and are provable — one has only to try recreating the experiment of tuning and playing the lyre for oneself and observe what it does for one’s own health and vitality.

The bigger point here is that it is easy to neglect or discard  human heritage and the many ancient artifacts that are strewn across historical sites around the world — especially if one doesn’t understand enough about them — when the genius behind how to activate them has been lost to time and is no longer available to us. The challenge before us is to rediscover what has been lost – how to reactivate the dormant genius hidden all around us, very often, in plain sight. There are lost arts and ancient technologies — an ancient genius — waiting to be rediscovered and reapplied for the benefit and advancement of humanity — at a holistic level, i.e. for our physical, mental/psychological and spiritual betterment. However, rediscovering these lost, hidden secrets requires deep discernment and profound understanding and dedication on our part.

Tuning of the Davidic Kinnor

When the Davidic kinnor is tuned to A=444 Hz. (i.e. cycles per second), known as tuning on the “Key of David,” the following Solfeggio frequencies appear on its scale (approximately):

Solfeggio Frequencies on the “Key of David” Scale

The following table lists the closest notes corresponding to the each of the Solfeggio frequencies on the scale of any musical instrument tuned to the “Key of David,” i.e. to A=444 Hz (as opposed to the standard western tuning of A=440 Hz.). Also listed are the actual frequencies corresponding to each of the notes cited from the “Key of David” scale:

Get insightful articles delivered to your inbox. 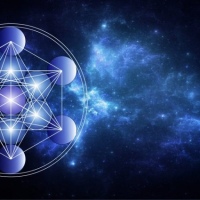 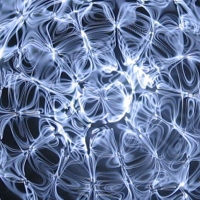