The renowned, well-respected professor of Philosophy and writer in the field of Christian apologetics, Dr. Peter Kreeft, is the author of a number of books in which he deploys Socratic dialogue as a methodology for a logical, philosophical inquiry into the nature of truth and reality. In his enduring work, Socrates meets Jesus, Kreeft dramatizes Socrates attending Harvard Divinity School and investigating the Biblical claims of Jesus Christ using his classic method of Socratic inquiry.

In another brilliant work, Between Heaven and Hell, Kreeft depicts a fictional encounter between C.S. Lewis (the famous writer, Medievalist, Christian apologist, Oxford don, and contemporary of J.R.R. Tolkein), John F. Kennedy (the legendary U.S. President) and Aldous Huxley (author of the dystopian work Brave New World) somewhere in the afterlife. In this book, also written as a Socratic dialogue, Kreeft dramatizes a discussion between the philosophical positions of orthodox Christian theology (represented by Lewis), liberal humanism (represented by Kennedy) and eastern mysticism and pantheism (represented by Huxley).

One of Kreeft’s most intriguing works, however, is his study in comparative religion, also dramatized as a Socratic dialogue. Entitled Between One Faith and Another, the book pits a hard-nosed, left-brained, logical, skeptical atheist who is completedly devoted to science and the scientific method (perhaps in the vein of the Oxford evolutionary biologist Richard Dawkins) against a more heart-centered, inclusive, right-brained Christian believer who is primarily governed by intuition and compassion. The resulting discussion is moderated by a professor of Comparative Religious Studies (perhaps the alter-ego of Kreeft himself) who provides some meaningful insights into their conversation.

The really interesting thing about his book is the way it switches the position most often taken by the author in works of Christian apologetics. Such works most frequently tend to make a left-brained logical/rationalistic argument in favor of Christian faith, in opposition to so-called “primitive superstition,” which is deemed as being benighted, illogical and unscientific. Peter Kreeft, in the initial chapters of his book, appears to suggest that there is a case to be made for the right-brained intuitive approach to life. His hard-nosed, left-brained logical skeptic, in fact, argues for the Freudian idea that all religion is a collective hallucination that has been established and reinforced by tradition. However, his right-brained, heart-centered intuitive believer suggests that there are dimensions of life and experience and domains of consciousness that are simply inaccessible to and beyond the grasp of the left-brained skeptic. Perhaps Kreeft is leaning towards Jungian psychological ideas such as those of the collective unconscious and shadow projection, along with Jung’s affirmation of eastern mystical ideas.

In the second chapter of his book, Kreeft makes a profound observation about what he calls the “sense of the sacred.” He points out that modernity and the development of western science and technology over the ages have resulted in, what the author terms, “the demythologization of the cosmos, or the disenchantment of the cosmos” (Kreeft, Peter. Between One Faith and Another: Engaging Conversations on the World’s Great Religions. IVP Books, an Imprint of InterVarsity Press, 2017. Chap. 2, p. 62) or what might be termed “the de-sanctification of reality.” This suggests that, in light of modern science and rationalism, nothing is sacred any more — insofar as it can be scientifically explained (though, not necessarily wholly understood).

In the persona of his believer character, the author points out that the sense of the sacred is similar in nature to the aesthetic sense, or the sense of moral justice — it is an intuitive sense that is an innate part of human nature. However, it appears that with the onset of modernity, as culture, society and education have become increasingly left-brained, rationalistic and scientifically-oriented, people have lost touch with their inherent intuition and, with it, they have lost the sense of the sacred that the ancients took for granted. As Kreeft’s believer points out to his skeptic:

Some people are colorblind; you’re just religion blind. And if you don’t understand that, that whole dimension of the sacred, then all the details and all the specific beliefs are not going to matter.

To this, Kreeft’s skeptic replies:

Kreeft’s professor then intervenes with the observation that:

… the sense of the sacred is deeper than a question of conscious mental belief. … It’s the sense of awe, the sense that there’s something to be worshipped, something that’s behind the things our five external senses perceive, something detectable only by a kind of inner x-ray vision.

He goes on to describe the sense of religious awe that ancient peoples must have experienced when they gazed up at the night sky which, unfortunately, is no longer visible to us in its true grandeur due to urban light pollution — even when observed from the middle of a remote desert.

When Kreeft suggests that modern human beings have somehow lost access to an intuitive or psychic sense of the sanctity of certain aspects of life and the world, I am driven to wonder if this may have something to do with the general dumbing down of urban populations through a pervasive mass media disseminating a culture of mindless consumerism and, additionally, through the pervasiveness of neurotoxins in urban water supplies. Urban tap water is frequently contaminated (in trace amounts) with deadly neurotoxins like fluoride and other halogens, lead (from lead pipes), mercury, arsenic etc. These additives and pollutants in drinking water are known to inhibit the proper functioning of the human endocrine system, which relies extensively on the correct balance of micronutrients in the body. This is especially true of the pineal gland, which is responsible for governing the sleep cycle through the production of the hormones melatonin and serotonin, and is also known to affect human IQ when it fails to function properly. It is also true of the thyroid, adrenal and other endocrine glands that are vital parts of the human anatomy and that can be severely affected by the daily intake of the chemicals and pharmaceuticals that urban populations frequently habitually ingest as a part of their lives.

In many ancient traditions, the pineal gland, which resides at the center of the human brain (i.e. between the left and right cerebral hemispheres), is regarded as being the seat of human intuition and even psychic abilities. The suppression of its proper function — through calcification over time, for example — could conceivably result in the suppression of human intuitive and psychic abilities — abilities that all human beings inherently possess, as is believed in these traditions. With the loss of human intuitive abilities, presumably, also goes any sense of the sacred or of sanctity, which are dependent on a keen intuition.

When nothing is sacred any more, as suggested by Kreeft’s analytical skeptic, then not even life is deemed to be sacred. The human organism comes to be perceived, presumably, as nothing more than a biological machine, a resource to be exploited, perhaps, in the service of corporate hegemony by the so-called “captains of industry” in our society (cf. my blog post on the Age of Conformity: the Legacy of the Industrial Revolution). The perception of an unsanctified world resulting from an overly left-brained, rationalistic and scientific worldview serves the corporatist agenda of global industrialization very well. This may account for why philanthropic interests associated with the likes of the Rockefellers, the Carnegies, and others have, in the past, invested heavily in an educational agenda that perpetuates such a worldview!

If life is no longer sacred — if there is no longer a viable spiritual or psychic dimension to life — if, as suggested by classical scientific materialism (though not necessarily by quantum theory) human beings are no more than hackable biological machines — mechanistic organisms — then there is no obstacle standing in the way of the furtherance of a transhumanist agenda in our society. Such an agenda involves the ultimate merger of man and machine and the dehumanization of the human individual into a mechanistic cyborg directly under the control of a pervasive artificial intelligence (AI) ruler. In such a scenario, there would no longer be any concept of privacy or even of human individuality, as it would consist of a global system in which artificially enhanced quasi-human cyborgs would live in a state of complete surveillance, control and servitude under an AI overlord. Human beings would be reduced to being as irrelevant and disposable as the wearable and usable technology that we purchase every day, without thinking — the iPhones and Mac computers that we buy, use and dispose of all the time.

If, on the other hand, life truly is sacred and the human “sense of the sacred” truly is a thing — if, in fact, there truly is a spiritual dimension to life and if human intuition is a reality — if the heart-centered life and the intuitive and psychic operation of the human pineal gland are real — if there is a deeper spiritual dimension to life and consciousness than is otherwise suggested by the left-brained devotees of scientific materialism — it means that there are spiritual dimensions of life that can and need to be explored and inculcated if we are to retain and grow our humanity in the face of relentless technological advancement. It means that human consciousness can be expanded by means of meditative practices and that the human body can viably be treated by alternative medical practices and traditions. The use of herbal remedies, of techniques that leverage the flow of ethereal energy currents, of breathwork, breathing practices and yogic asanas, can be viable, even powerful methods of treating human ailments — at least preventively. Under this thought paradigm, energy medicine, qigong, acupuncture and acupressure, sound healing, etc. — all of which work with the flow of etheric energies, the influence of sound frequencies, etc. — can no longer be dismissed by western allopathic medical systems in their claim to being rigorously left-brained and scientific in their methodologies. They can no longer neglect the value of ancient traditional healing, meditative and self-development practices that focus on holistic well-being, not just on limited scientific observation and analysis.

Ultimately, it seems to me, we need a balance between left-brained and right-brained systems, techniques, methodologies and modalities in our lives in order to survive and thrive — just as the human mind needs a balance between the two cerebral hemispheres in order to function in a productive, meaningful way. Not everything can be explained or understood by means of left-brained scientific analysis — certainly not God or the sacred or Divine dimensions of life. At least half of what we experience in the universe is intuitive, aesthetic, psychic and non-rational — beyond the rational. Rational human beings have to learn to accept that balance if we are to thrive in the world and truly experience and enjoy an abundance of physical and mental health.

Pantheistic and archaic traditions have a wealth of valuable knowledge and insights that modern human beings can learn from, thereby enriching our lives. From the deep spiritual connection with nature venerated by ancient tribal societies to an understanding of herbal remedies, subtle energies and the influence of geo-magnetic fields on human consciousness — there is a vast repository of remarkable esoteric ideas that are only recently being rediscovered and appreciated for their true value and importance to our lives. 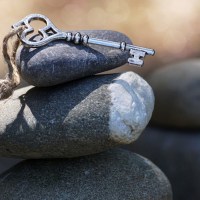 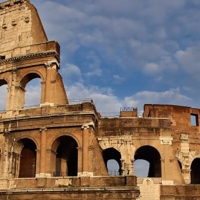 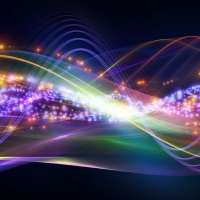 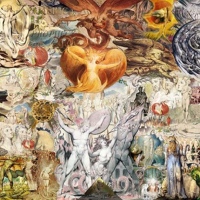 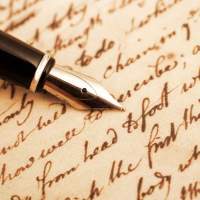